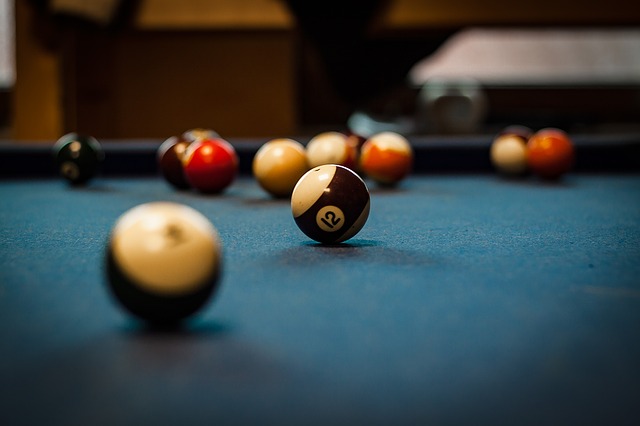 This curious yet famous variation of regular billiards has grown to be one of the most practiced precision sports around the world. Some might say that having a great game in snooker is just caused by inherited talent or endless hours of practice, but sometimes, just like in football, the pitch conditions might help you improve your performance. The pitch in snooker is the carpet and might affect the game on a noticeable way.

Snooker cloth is similar to any other domestic carpet, which means it has a pile. This pile makes it necessary to iron the carpet in one direction that goes from the baulk end of the table to the top; the direction of the ironing will affect the running of the balls involved in the game.

Of course, the vast majority of snooker tables have thick carpets because they wear longer, and if that’s the case, the friction will infringe a great run-off upon the cue ball that might complicate slow shots. When playing slow shots, this run-off called the nap influences the cue ball even prior to its contact with the objective ball, but if the distance between the cue ball and the object is short, then the nap will affect the later one.

Long shots become even more difficult in thick carpets because the distance might cause a drift and get the cue ball impact other point than the intended one. The thing with the nap is that is almost impossible to predict the path it will follow and it will require a long session of trial and error to get accustomed to it.

Of course, the clothing used on the tables intended for snooker championships is a fine one, it doesn’t have pile and won’t affect the shots allowing a performance based just on skills and not bad luck.

Nevertheless, if you play snooker just for fun instead of making a living out of it in the major leagues, your table or the ones of your favorite club will need some maintenance and cleaning due to its thick clothing. If you’re not aware on how to take care of the carpet, you might want to contact some experts like Franklin Carpet Cleaning, even when they’re not specialist on snooker table cleaning, they’ll give you some advice on how to keep it on the greatest conditions.

As said before, in most sports the game place is taken care of to guarantee the greatest performance of the players, and snooker shouldn’t be the exception.